Being one of only two players to win 5 super bowls makes Tom Brady a really special football quarterback. As if that feat was not great, Brady set the record of being the only quarterback who won 5 Super Bowls playing for the same team. However, that is only the beginning of what puts him in a league of his own.

He has 4 Super Bowl MVP awards (the most), has been into a dozen Pro Bowls, has 2 league MPV awards to his name, and has seen his team win more division titles as a quarterback than anyone else.

Tom Brady is easily in the list of the greatest athletes in the sport. He has been an inspiring figure to tens of millions. These quotes from this legend will not only help inspire you, but they can also provide you an insight into the stuff that makes him so great!

“You can’t go out and practice average on Wednesday, average on Thursday, okay on Friday and then expect to play well on Sunday.”

“A lot of times I find that people who are blessed with the most talent don’t ever develop that attitude, and the ones who aren’t blessed in that way are the most competitive and have the biggest heart.”

“I think sometimes in life the biggest challenges end up being the best things that happen in your life.”

“You wanna know which ring is my favorite? The next one.”

My personal favorite quote from Tom Brady is the following: 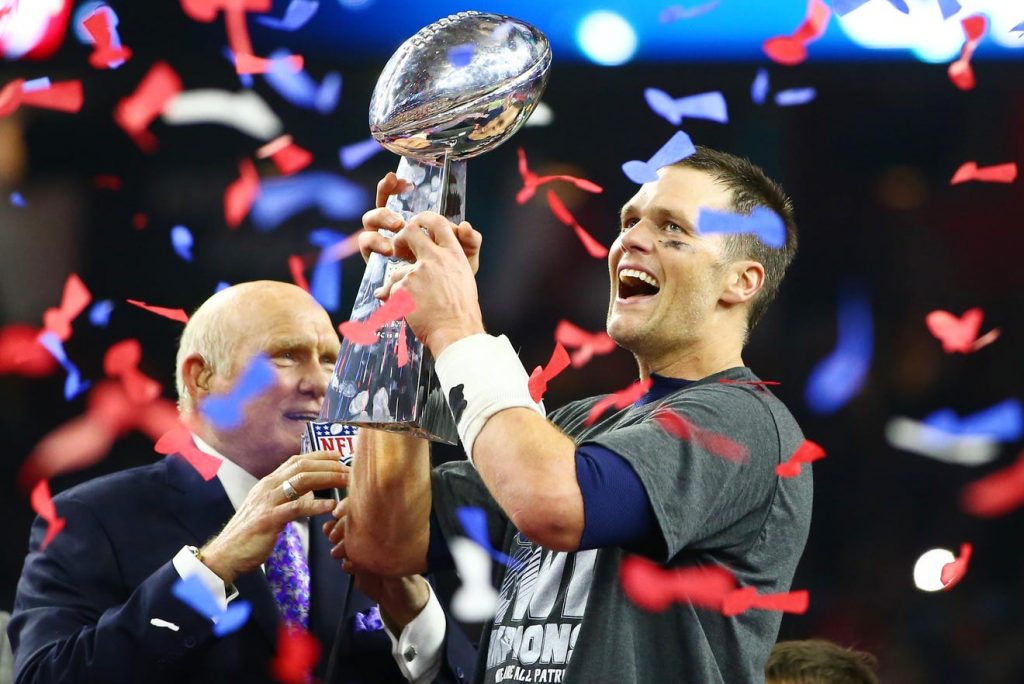